Palparepa Prajna (パルパレーパ・プラジュナー, Parupareepa Purajunaa?) is a stronger version of Palparepa PLUS, created as a result of Palparepa injecting his own mech with the contents of his Doping Cylinders. Prajna is easily differentiated from PLUS by its much more angular form than PLUS's former smooth design. It also bears a green coloration similar to that gained by most Super Mechanoids that are particularly overflowing with energy - during the intro of Final 08 and in Super Robot Wars games featuring him, Prajna does not have this coloration, and can be seen to have an identical appearance to PLUS. The cape previously worn by PLUS is transformed into wings, which appears to grant Palparepa Prajna flight equal to that of Genesic GaoGaiGar's Gadget Feathers. When God and Devil is used, it too has a changed appearance. While in this state Palparepa himself becomes more muscular, with thick veins spread across his body.

Prajna is capable of utilizing the same abilities as Palparepa PLUS at a higher level of power - how much higher is not clear, as it is still no match for Genesic GaoGaiGar. Each of Prajna's fingertips can open to become a snakelike mouth complete with hissing tongue - however, it only does this during its own transformation sequence, and it may be that this is only for effect. The Poison Aura PLUS could project is replaced by Poison Solids, a rapid-fire stream of projectiles fired from the snake mouth on its chest. Prajna also gains the ability to inject weakening Chemical Nanomachines into its target using snakelike tendrils from its back. These are used to attack Evoluder Guy directly before he rewrites them and sends them back into Palparepa using his Evoluder abilities.

After the virus rewrite, Prajna undergoes yet another transformation, gaining a nearly white glow that causes Prajna to appear divine in nature. The cause of this change appears to be the Chemical Nanomachines themselves, as Guy demonstrated a similar color change when he was infected. This unnamed final form bears an even higher rate of regeneration than Prajna, and is and is capable of using visibly stronger versions of all of Prajna's abilities. Though this form has initial success against Genesic GaoGaiGar, inflicting heavy damage to ProtectGao and StraightGao as well as breaking the Will Knife, it is ultimately defeated when Guy unleashes his full power. The last fight sequence bears tributes to the battles with EI-02 and Zonuda, and ends in an extended version of Hell and Heaven. Prajna is abandoned by Palparepa, who fails in his attempt to kill Guy directly.

Prajna is duplicated numerous times by Pisa Sol in the wake of the combat, though these copies are easily destroyed with the Bolting Driver and Goldion Crusher. 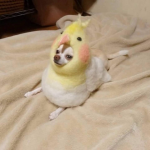